Unexpected but at the same time foreseeable circumstances -an extremely busy schedule by the Chairman of the Communist party of Bohemia and Moravia, Mr. Filip and the after vaccine reactions by Mr. Hrubec forced me to offer my humble service and introduce to you and if necessary or appropriate also moderate our webinar, the first official joint action between the Embassy of the PRC and the ICL.

We are meeting today virtually and at the same time according to the principle of an ancient Chinese proverb: An invisible red thread connects those who are destined to meet, regardless of Time, Place and Circumstances. The thread can stretch or spoil, which many ignore: But there is nothing further than yesterday, and there is nothing closer than tomorrow. During these two days no one can do anything. Therefore we need to live and do act not yesterday or tomorrow, but today.

Today, in June 23rd 2021, on the eve of an important celebration – the centenary of the Communist Party of China, we are going to hear from diplomats, politicians, academicians, one student and one journalist in the webinar form some of their views, facts and evaluations of results of policies and actions undertaken by the Communist Party of China.

Since the 18th National Congress of the CPC in 2012, the CPC Central Committee with Comrade Xi Jinping at its core, has always taken people's wish for a happy life as its mission by adopting a people-centred development philosophy.

Under its leadership, China has accomplished historic achievements in the fields of economics, technologies, science and poverty eradication as an ethical, social, political and economic imperative of mankind that capture the attention of the world.

In a world that is undergoing major changes unseen in a century, the CPC undertakes to make concerted efforts with world political parties and organizations to address challenges facing the development of human society, and promote the building of a global community with a shared future toward the goal of ensuring the wellbeing of the people.

In light of the above, the CPC will host in Beijing the CPC and World Political Parties Summit via video link. We all here present are privileged to follow a part of the summit with its dialogues and interactions focusing on the theme of For the People's Wellbeing: the Responsibility of Political Parties, probably on July 6th in one of the hotels in Prague.

With this I shall close my introductory remarks and would like to pass the word to HE Ambassador of the PRC to Czech Republic Mr. Zhang Jianmin. 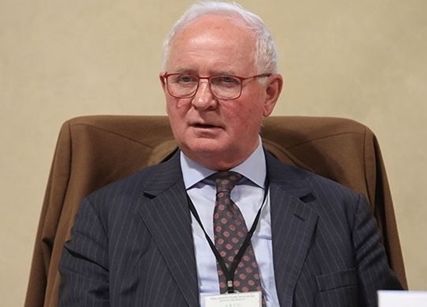